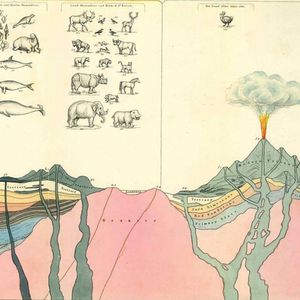 In celebration of the 4th edition of Rome's annual THALASSA festival, we present this mix by MAI MAI MAI of the ancestors of Italian occult psychedelia.
The term ‘Italian occult psychedelia’ came from an article published in Italian music magazine Blow Up by Antonio Ciarletta, which documented an oft- overlooked local scene. 'IOR' was deemed to be music with a general psychedelic vibe, and informed by a faintly sinister mixture of traditional Italian atmospherics (inspired by 60s and 70s Italian cinema soundtracks), a Mediterranean approach to the Anglo-American stereotypes of psychedelic music, a fascination for some of the darkest aspects of Italian culture and society (catholicism in its most archaic aspects), and a sort of ‘mondo aesthetic’ which relates to the Italian Mondo Movies (exotic names, imaginary takes on different cultures, cannibals and Hawaiian dancers).
2016's Thalassa (March 31-April 2) is dedicated to the 10-year anniversary of the label BORING MACHINES.