The Most Dangerous Man in America, interview with author Steve Davis, broadcast July 2, 2019 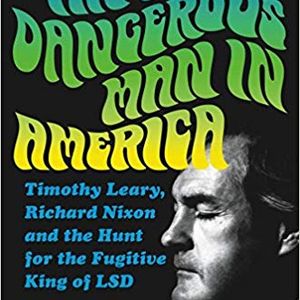 The Most Dangerous Man in America, interview with author Steve Davis, broadcast July 2, 2019by Bookmarked

In September 1970, Dr. Timothy Leary, LSD Advocate and Counterculture Guru, broke out of prison, where he was incarcerated on marijuana charges. He spent the next 2 ½ years on the run in a journey that took him to France, Algeria, Switzerland, and Afghanistan until he was finally extradited to the US. This book, by Steve Davis and Bill Minutaglio, intersperses his adventures with an account of Richard Nixon’s relentless attempt to find and extradite “The Most Dangerous Man in America." We talk about the book with Steve and co-host Garrie Borden.

Id heard over a decade ago ago that Leonardo Di Caprio was supposed to play him in a film biopic. The fact no one has made a movie about this guys life is baffling. might happen this decade. Will get this book . I enjoyed the Harvard Psychedelic club . Thanks for posting