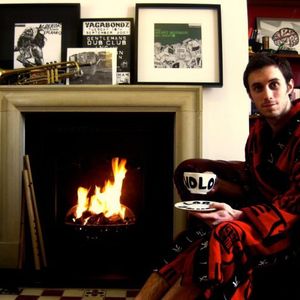 Gates, Data & Altair, Roots Music, Give, Loving It and more.

Planas AKA Toby Davies began producing four years ago, making dub and drum and bass with Dom Ruckspin, Ed Quark and Harry Evergreen. In 2007 he set up Ranking Records with Harry Evergreen: to date the label has put out a string of single releases and E.P's, and has made its name as an underground music tastemaker. Planas/Landlord has production credits on many of these releases, usually collabing with Ruckspin, Quark, Evergreen & Quantum Soul. His tunes have been played on Radio 1, Radio 1Xtra, BBC Asian Network, Rinse FM, Sub Fm and countless international underground radio stations.

Other projects include playing bass and writing/arranging for Gentleman's Dub Club, producing with hip hop duo SeeMore Productions under the 'Tarqwin Smythe' guise, and playing bass guitar for hip hop band, The Uber.

Djing Dubstep under 'Planas' and dub under 'Landlord', he has supported such artists as
Loefah, RSD, The Bug, Rusko, Plastician, Foreign Beggars, Gentleman's Dub Club...

tasty mix, im in love with the finest hour remix its pure magic

listening to this for 2nd time in a row already!!!