"Our Kind Of Music" #90 - Special Guests: Will Kimbrough, and Seth Turner 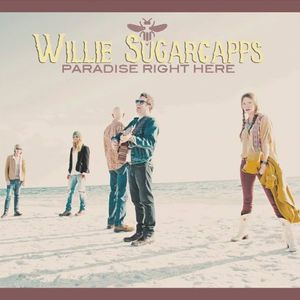 This show was 41st in the global interview chart.

Tune in to this episode of "Our Kind Of Music" originally broadcast LIVE on April 10, 2016 on KUNV 91.5 HD2 in Las Vegas, Nevada.
In the first hour, I talk with the extremely talented Will Kimbrough about the new Willie Sugarcapps album, as well as what else he has been up to since the last time we talked.
Will Kimbrough is a singer, songwriter, award-winning guitarist, multi-instrumentalist, producer, performer and bandleader with a voracious appetite for every aspect of music. Will is a true modern-day Renaissance Man. It was a pleasure to catch up with him!
In the second hour, singer-songwriter Seth Turner joins me in the studio. Seth's classic country style takes me back to my "hanging out in honky-tonk" days!
We talk about, and play tracks from, his latest album, 'Nine Years and Several Miles Later,' PLUS Seth gives us an advance LIVE listen to the title track from his upcoming album, 'El Rancho Motel! Seth also treats us to a couple more great tunes LIVE in the studio!

More from "Our Kind Of Music"