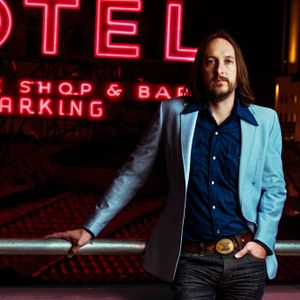 Check out this episode of "Our Kind Of Music," originally broadcast LIVE on March 5, 2017 from deep within the bowels of Greenspun Hall on the campus of UNLV, Las Vegas, Nevada on KUNV 91.5 HD2, and stream worldwide!

Singer-songwriter Jeff Mix joins us to talk about his debut project, "Lost Vegas Hiway." What started out to be a new album, turned into a muli-media endeavor, with the end result being not only an impressive debut album, but also an hour-long movie that brings the songs, and their characters, to life on the big screen. I can't wait to talk with Jeff about what all went into the huge task of making the album AND the movie.

And we'll be playing tunes by the artists that appear in the film "Lost Vegas Hiway." So that means you'll hear tracks from Gurf Morlix, Hal Ketchum, Robyn Ludwick, Jack Ingram, The All-Togethers, Jack Evan Johnson, Chris Heers, Seth Turner and the High Desert Drifters, Justin Mather, Jeff Mix and the Songhearts (of course), and much more!

More from "Our Kind Of Music"