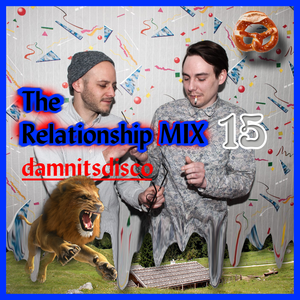 DAMNITSDISCO (Lagué Moin)
consists of Johannes better known as Findus and Bernie aka Acid Kayak.
Both were born in the beginning of the 80ies and grew up in the far out corners of Bavaria in places so remote you wont even find em on Google maps.
Well, since their surroundings then were mostly into cheap Eurodance, “Zeltdisco” and “Rüscherl” they both developed a healthy D-I-Y attitude and started to throw parties from an early age on.