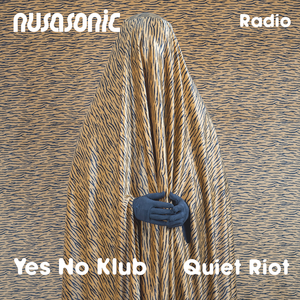 Produced by Yes No Klub.

This episode focuses on women in the Indonesian experimental sound scene. Indonesia has a relatively strong female presence in the arts but still suffers from the same lack of representation and opportunity found throughout the international cultural world. Whilst there are numerous prominent & integral female members of Indonesia’s experimental sound scene the adoption of sound as an explorative medium by female artists, through Yes No Klub’s observation & research, is still lacking.

Contributing factors such as time, differing responsibilities and a lack of facilities specific to female artists have all been raised to potray inequality and power imbalances.

<3 love so much, sending power from Finland!!!!