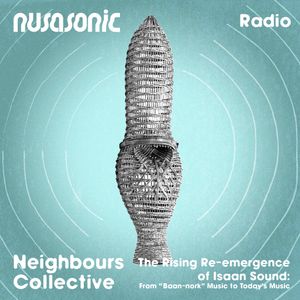 “Baan-nork” (บ้านนอก), literally translated to “the house outside,” refers to rural provinces outside of the capital city, and connotes peasantry that is uncool and worthy of disdain. For decades, music from Isaan, the northeastern region of Thailand, has been considered “baan-nork” and thus has been pushed aside. However, the charisma of its sound, derived from the openness, soulfulness, and richness of Isaan culture, has transformed the perception of Isaan music and "Baan-nork”. It has become Thailand's most exciting and influential music today, and many young Thai musicians are starting to incorporate elements of Isaan music into their own creations, bringing the region's sound to new contexts and generations.

Bangkok's Neighbours Collective proudly presents the Isaan music of now, at its liveliest moment, charting how it has been mutated and evolved by young Thai musicians around the country.