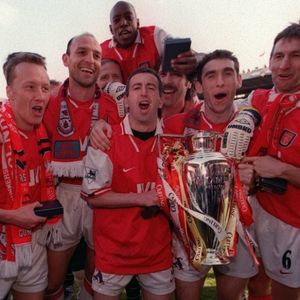 What was the greatest title race of all time?Was it 1996 when Manchester United and Newcastle United went head to head? Perhaps it was Arsenal overcoming an 11 point deficit in 1998 to win their first league title under Arsene Wenger? Or maybe it was Liverpool slipping up to Manchester City in 2014?In light of the insanely close battle between Liverpool and City for this year's title, Ste McGovern, Peter Henry and Maurice Brosnan discuss some of the most entertaining, thrilling and dramatic title races over the years.