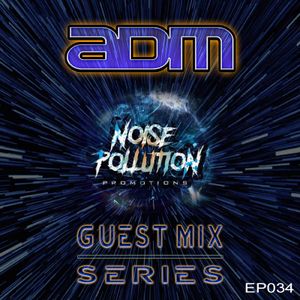 We are pleased to bring you episode 034 of the Noise Pollution Guest Mix Series which is an exclusive classic hard trance mix from ADM one of the South West hard trance scenes best DJ's/producers . ADM has been responsible for many quality tracks down the years under his current alias and also as DJ Medowz with his tracks being released on labels such as Atmosphere Records UK, Hard Trance Europe and Hard Trance Revolution with his productions being played by some of the leading DJ's in the hard trance scene. He has also played at all the biggest hard trance events across the South West including Atmosphere, Hindsight, Hard Trance Europe and and Deja Vu and its our privilege to bring you this classic hard trance guest mix from ADM and we thank Adam for being involved in the series. This mix features some absolute classics so if you're a fan of hard trance you will want to check this mix out. We will bring you an exclusive guest mix next Friday so keep your eyes peeled for that.