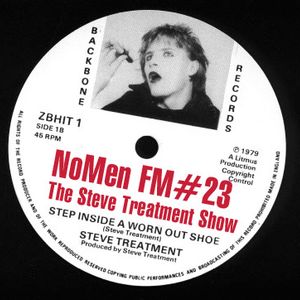 Tonights show is presented by Steve Treatment, a living legend from the early days of the UK DIY punk scene. Steve picks his favourite records and we stick in a few of his original songs from 1977 and 1979 plus a version of one of his songs by The NoMen. As the show progresses Steve discusses the topic of men having babies, was Joe Meek a serial killer and the merits of Simon and Garfunkel! It's a show to treasure and marvel at! It was recorded straight to cassette in Steve's living room in London!