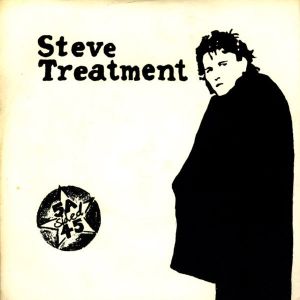 Steve Treatment was a legend from the early Days of DIY Punk. The Swell Maps were his backing band on his classic first single and he went on to produce a number of fantastic 7" singles in the late seventies. Sadly, before he got a chance to make an album, the musical landscape changed and Steve's glam rock inspired DIY punk sound went out of fashion. But that didn't stop him recording and performing! His band The Ticket Inspectors produced lovely psychedelicly tinged music in the eighties and his work with The NoMen from 2003 onwards shows he hasn't lost any of his DIY spirit and enthusiasm!
This show has tunes from his 70s records right up to the present day. You can get Steve's entire output from the 70s to the 90s on a terrific two CD compilation on Hyped2Death Records and his recent stuff is available from Topplers Records http://www.topplers.net

Sad to report that Steve Treatment passed away in August 2015...

Dig or hate, make no mistake, you're going to receive treatment!