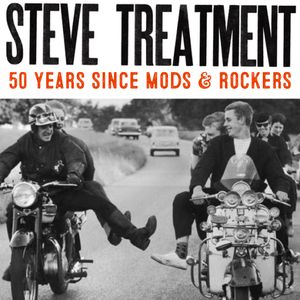 Just before his untimely death in 2015 Steve Treatment had been recording songs for an album based on the Mods and Rocker battles on the South Coast of England in the sixties. A recent TV documentary had inspired him and although he never finished a 'polished' version of the album there were enough gems to put together this 30 minute special which includes commentary from the documentaries along with Steve's recordings.

Steve was one of the pioneers of the UK DIY punk scene and his three singles from 1978 and 1979 rank among the best of the era. He continued recording throughout the eighties and nineties but these recordings only saw light of day around 2000 when both Hyped2Death in the US and Topplers in the UK started releasing them. Steve then went on to record new material on Topplers Records usually with the help of The NoMen as his backing band.