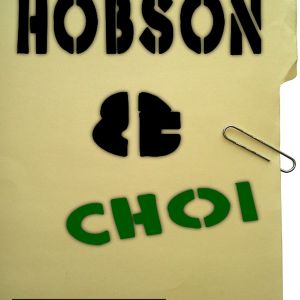 Episode #1 of Hobson & Choi in podcast form! The weekly audiobook version of the hit Jukepop Serials London-based comedy drama begins here! Includes off the cuff commentary from the author afterwards.

Enthusiastic teenager Angelina Choi has joined John Hobson's one-man detective agency as an intern. Can she change the world before her two week stint ends, or at least find the undermotivated private eye a crime to solve? Can they solve a series of complex modern-day crimes, despite it being way out of Hobson's comfort zone? Will they stop bickering long enough for either?

Folder backdrop in cover by net_efekt on Flickr, used under Creative Commons licence. More details on Hobson & Choi at HobsonAndChoi.com or @HobsonAndChoi more on the author at NickBryan.com or @NickMB Sounds by zagi2 on freesound. Enjoy.