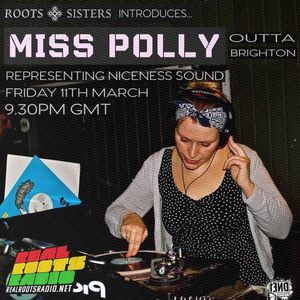 She loves the way records sound so she only ever plays vinyl. She started selecting reggae and dub when she was 15 at a night in Kent called Pressure Drop alongside the legend Dave Hendly, who gave her her first "7", he was a big influence for her musically. She moved to Brighton in the late 90s and set herself up with a little bar gig on London road. Around this time she met Tappa Roots in a record shop in the Laines, and from there they started Ital Love. During this time she's been lucky enough to play alongside Brighton's best reggae selectors and Mc's. For years she promoted and warmed up for Aba Shanti, Iration Steppas, Channel One and King Earthquake. She's been lucky enough to select all over Brighton and the rest of the UK, and Europe. She sees Niceness Sound as an extension of Ital Love, and feels they all really compliment each other's music styles.