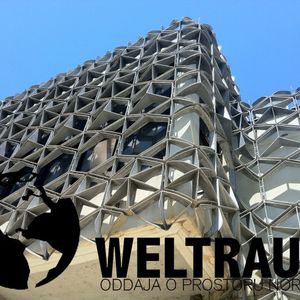 Bekim Ramku is an architect, urban designer, curator and critic based in Kosovo. Apart from running Kosovo Architecture Foundation KAF and Prishtina Architecture Week PAW, Bekim heads an Office of Urban Design+Architecture, a multidisciplinary practice based in Prishtina. He received his Masters in Housing and Urbanism from the AA School of Architecture in London. He also served as a Research Fellow at MIT’s Department of Urban & Spatial Planning in Cambridge, USA. He serves as a consultant and expert for the Mies Van der Rohe Awards, Bloomberg’s “Global Designing Cities Initiative”. Previously, he served as the Curatorial Advisor to Martino Stierli, the Philip Johnson Head Curator of Architecture and Design at the Museum of Modern Art in New York, and as the Commissioner to the Kosovo Pavilion at the Venice Biennale Architecture Exhibition in 2012 and 2014. Bekim is the founding chair of the DoCoMoMo National Chapter in Kosovo and founding member of the Future Architecture Platform.