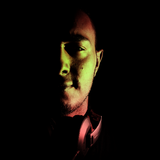 Never miss another
show from Nad

Dj /producer
Nad- is an Amsterdam Based Dj ,main DJ and the organizer of the Techno Doze Project.
started djing as a resident DJ in White Bar in Damascus 2008 and some other main clubs in the city.
Moved to Lebanon 2013 And worked in OS music Shop & Blue Label club as a resident DJ.
Moved to Istanbul-Turkey in 2014 and continued DJing in many clubs like HAVANA and Haspar Bar.
Moved to Amsterdam in 2015 and started to build his career from zero.
In 2017 NAD started the Techno Doze project, invite many DJs from around the world and was involved in many techno events in the city like Under Grand, MTR Radio/Minitech Recording , club OAK .
Preformed in ADE 2017 as a presenter of Techno Doze with Sonika and invited to feels international as a guest DJ. Performed in AMW Radio station , JAZZEBEL Club during ADE.-