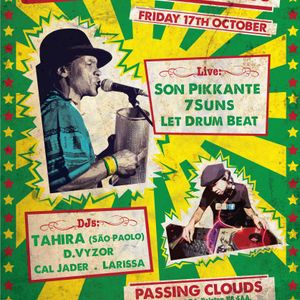 Ace Brazilian DJ and producer Tahira drops this super funky mix exclusively for Movimientos ahead of his two shows for us at Passing Clouds and Notting Hill Arts Club with a blend of nu skool and old skool brazilian flavours from roots to bass - from forro to hip hop.

His eclectic DJ style blends genres and eras, from traditional sounds to the electronic mixtures as does his netlabel EBS Diggin which promotes contemporary sounds taken from the Brazilian underground scene and its rich diversity.