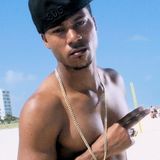 Never miss another
show from MontySS305 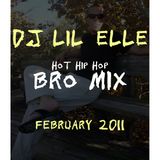 Monty $$ is one of the hottest artist in Miami, FL. Monty is a
hustler, rapper, producer and songwriter.

At age 15, he started a group with two friends called 3 Deep. They
did talent shows and were asked to open for Trina. During his senior
year he took an audio class and began working with Pro Tools.

Monty attended Full Sail and made mixtapes while working towards a
degree in Recording Arts, which he received in 2004.

In 2005, He started BMR Entertainment with his manager Chris Bruce. In
2006, BMR released a compilation, Street Business and sold 4,000 ($10) units independently.

In Spring of 2008, Monty released his single "Remember" and in spring 2009 it got radio play on Power 96, a mainstream radio station in Miami. Currently he is working on new tracks and is dedicated to making music that will influence people on an international level.