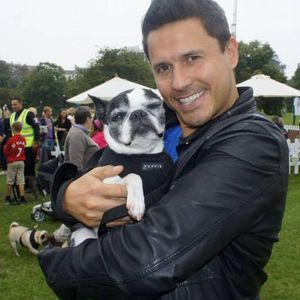 Puppy farming is the mass commercial production of puppies purely for profit and without a thought for the welfare or happiness of the pup, breeding bitch or stud dogs. These poorly pups are then sold en masse to pet shops, online or from free newspaper ads and usually die soon after reaching their new home.

Pupaid is a yearly campaign designed to raise awareness and to change the law to prevent the mass commercial production of puppies purely for profit and without any thought for the health, welfare and quality of life of the puppy and its parents. Pup Aid is determined to bring about an end to this cruel and unnecessary practice.

Monday Matters roving reporter Bonnie Britain went along to the PUP AID 2014 - event on 6th September and spoke to various celebrities including Sue Perkins, Jeremy Edwards, Matt Johnson and many others.