On Rotation 060: The Magician 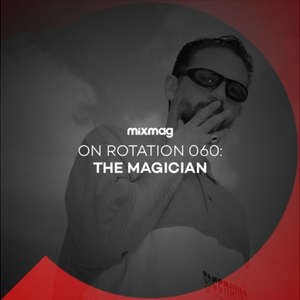 On Rotation 060: The Magicianby Mixmag

The Magician, the house music purveyor behind the wickedly popular Magic Tapes mix series and Potion club nights, stops by Mixmag's On Rotation podcast to discuss his unique approach to DJing, his process for developing his mixes and more from his fabled career, including taking his sound in a new direction.

Later, co-hosts Harrison and Valerie discuss news from the world of dance music including local protests in Ibiza over too much noise from nightclubs, The Prodigy storming back with a new single and upcoming album and Kraftwerk's groundbreaking performance with an astronaut in space.

Later, you'll hear exclusive premieres from Eats Everything, Archie Hamilton & Noha, Niles Cooper and Sinjin Hawke & Zora Jones, as well as the Weekend Report for the best club nights around the world.