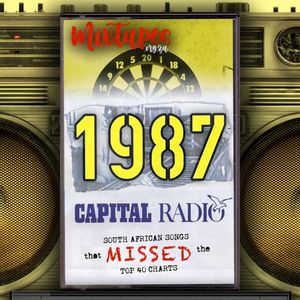 There were fourteen South African songs that charted on the Capital Countdown Top 40 in 1987 and we suggest another sixteen which we think should have joined them. Two of these songs are by groups (Bright Blue and Savuka) who made the Top 40, but with only one song each. The rest were well-established musicians who somehow or other escaped the Capital music manager’s radar.