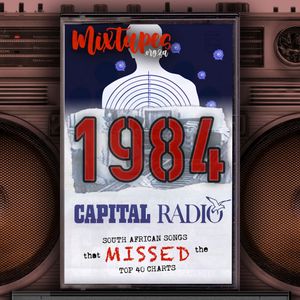 1984 was yet another poor year for South African artists charting on the Capital Radio Top 40
countdown: only nine songs in all. Two bands included in this week’s playlist did chart on Capital’s
Top 40: Bright Blue with “Window on the World” and Juluka with “Work For All”.

1984 saw a continuation of some of the themes noted in 1983: there was a steady increase in
musicians fusing South African neotraditional and Western styles of music: Hotline, Juluka and Via
Afrika all brought out new albums, eVoid recorded songs possibly for their next album and Bright
Blue debuted with their first album.