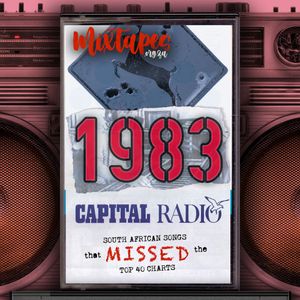 1983 was the year in which the fewest South African songs charted on the Capital Radio Top 40 countdown: only eight songs made it. Yet this week’s playlist reveals that there were many more chart worthy songs. As per usual, there artists who charted but who had further songs that could have been hits, for example eVoid, Juluka and Via Afrika. But there were several others who inexplicably did not chart at all, such as Brenda and the Big Dudes (with “Weekend Special”), Steve Kekana (with “Night Boot Control”), Sipho Mabuse (with “Rise”) and Stimela (with “I Hate Telling A Lie”).