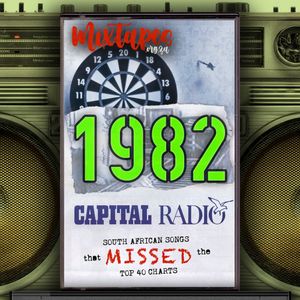 There were thirteen South African songs which charted on Capital Radio’s weekly Top 40 countdown in 1982 but for this week’s mixtape we recommend a further 22 songs which we think should have charted on the Top 40 countdown that year. Of these, three are performed by some the 13 artists who charted in 1982: songs by Steve Kekana & PJ Powers with Hotline, Juluka and Lesley Rae Dowling, all of whom were on a bit of an artistic roll at the time.