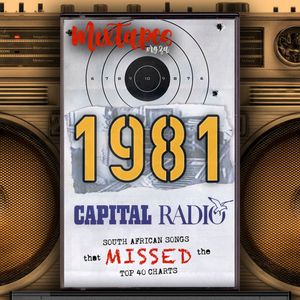 There was plenty of good South African music in 1981. 14 South African songs made the Capital Top 40 countdown and we think there are 21 more songs which should have made the cut. There was also a healthy variety of musical styles, from post-punk, ska, reggae and new wave to folk, pop, rock, funk and soul, very often with a particular South African flavour such as Juluka’s Zulu folk-rock, David Kramer’s Western Cape klopse folk and the township funk-soul sounds of Harari, Kabasa and the Movers.