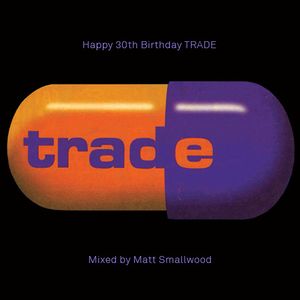 This show was 69th in the global techno chart.

So I first went to Trade in 1997. I was 17 years old and a ‘bedroom’ DJ of a few years. There would always be 4 of us who went together; myself, my friends Matthew and Paul and my brother Adam.

I was playing at the Chunnel Club in Vauxhall most weekends at that point, where I went on to later be a resident alongside Tony Price and Steve Thomas and it’s safe to say that Trade was monumental in terms of carving my musical taste and mixing style. After a can of red bull and a banana in the car for brekkie, that initial excitement of even just getting in was unreal, then walking down that twisty staircase, being hit with the warmth and sweat of a million bodies going mental under that insane lighting rig. Then the musical progression from Malcolm Duffy into Steve Thomas, Tony de Vit and then Ian M and the wicked Wardman was just an incredible, unique experience and I adored every single second of it. I hope anyone listening to this enjoys it! BIG LOVE TRADE PEOPLE!! Matt x

just cant stop listening to this mix mate....love it

YES mate! Ah the memories eh?? How very, very different life is now lol. Hope you and the family are well mate x

The reason why I said that it was very reminiscent of TDV is because he did a Global Underground from Tokyo and it was the second CD of that (the green one) that sounded like this mix. Similar tunes and similar style of mixing.

Must admit I have always preferred the 1210s. Far better sound and more fun.

Oh yes I fully agree, unfortunately I got rid of my 1210's years ago after everything went digital!

Is this vinyl or cd/mp3? The deep bass when you're mixing is excellent , flawless.!

Hey Rich, this was done on CDJ's so it is still very much 'mixed' and I didn't use any sync functions so it was a LOT of fun doing it, I certainly have the hard house bug again at the moment, haha! Most of the tracks are ripped from vinyl as obviously there were no digital files back in the good old days hence a few clicks and wobbles and re-corrections along the way! Thanks so much for listening and for reaching out about the mix mate, means a lot x

No problem m8. Its a pleasure to listen to greatness. Listened to this mix 3 times now. Its just up my street. Keep it coming!!

Wow thanks Rich glad you enjoyed it mate, Tony is a hero of mine, and of many! :)

Bring back all the memories (except for the pills