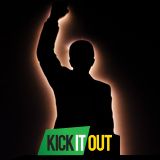 Mandela Mixes 'Kick It Out'

Never miss another
show from Mandela Mixes 'Kick It Out'

Mandela Mixes 'Kick It Out'

UNITED WE STAND...
NEW & EXCLUSIVE sets dedicated by top DJs united against racism. C/o www.mandelaexhibition.com and www.kickitout.org [football's anti-racist lobby].
"We at Kick It Out are proud to have our name associated with Nelson Mandela, one of the greatest ever campaigners for social justice. Music played a big part in the struggle for liberation -it was and still is part of the culture around football in giving fans a voice." Mark Sandell

The exhibition details the incredible life of iconic freedom fighter and political leader with over 100 artefacts, interactive displays and interviews including UK/USA musical activists 'ARTISTS AGAINST APARTHEID' recalling their legendary '80s campaigns, concerts and songs. Mandela later said "If anyone tells you music can't change the world - then bring them to me!".