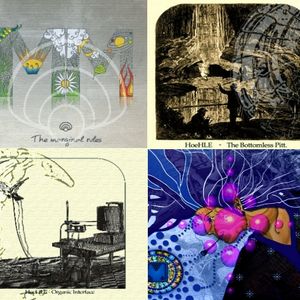 Dedikated to Master Margherita a eclectic hyperactive producer, musician and DJ based in Switzerland. Since 1988, he has been very active in the European music scene where his first steps were as a bass player in various Rock’n'Roll bands. But in 1994 he started composing tracks which mixed and matched live instruments with all sorts of electronic “devices”. This experimentation saw a change of musical direction for him into the world of “ambient” soundscapes. Since then his talent has been appreciated in many styles, from french text songs, to experimental techno, via ethnic grooves and reggae. He is also a member of The Peaking Goddess Collective and one half of Hoehle. In 2003, he took part in the creation of www.peakrec.com (the first Swiss psychedelic trance label). Peak records is now one of the top underground labels, with over 18 releases.Hehas collaborated in all sorts of artistic creations where music is involved.In 2009 he founded Bakshish musik with mauxuam and Greg Hunter.