1549 - Angela Nagle: Elite Disdain for the Masses & the Rise of the Alt-Right 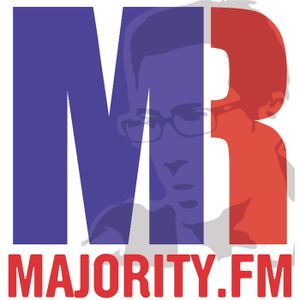 1549 - Angela Nagle: Elite Disdain for the Masses & the Rise of the Alt-Rightby Majority Report With Sam Seder

Paul Ryan's healthcare plan is class warfare against the Middle Class and the Poor. Journalist Angela Nagle, explains the long history of elite disdain for the masses that spans Left and Right. The Alr Right and Steve King's White Nationalism. How is the Alt Right different from the old Right? The Alt Right and the resurgence of over racism. Trump and civic conservatism and racism. Panic and racism. The younger people of the Alt Right. The problem with "I'm just joking" as a defense. The Left and Internet culture and the openings for the Alt Right. The Right and culture. Who cares about being edgy? And what would Alt Right policy look like? On The Fun Half: Republican plans to undermine and hurt Obamacare. Former CBO director confirms that the Ryan plan is an attack on vulnerable Americans. Lindsey Graham, sees trouble ahead for the Ryan replacement plan. Leaked tape of Paul Ryan trash talking Trump behind his back back during the campaign. Congressman Joe Barton, gets booed after sayi