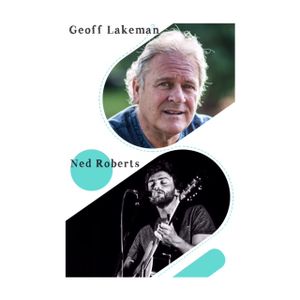 In March's Mainly Folk we keep our promise to have an extended Americana section in the second hour as we had to curtail it last month but we still have space for two great features plus of course the local gig guide.

The name Lakeman is well known on today's folk scene. Sean, Sam and Seth Lakeman are now joined on record by their Dad, Geoff. He has just released a brilliant debut album aptly titled "After All these Years" produced by his son Sean. We caught up with Geoff to find out a bit more about this "overnight success".

Ned Roberts is an acoustic singer-songwriter based in London. This does not make him unique but what does is that his music was good enough to be picked up by american producer Luther Russell of Noah and The Whale fame who brought him to Los Angeles to record. Ned tells us about the distance he has travelled both physically and musically to make "Outside Ny Mind".

Presented by Bev Harris and produced by Jim Guynan.