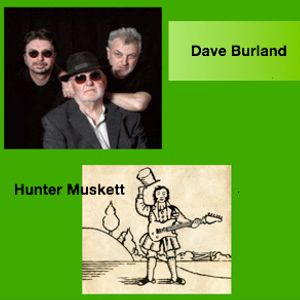 Dave Burland is a long standing favourite on the folk scene.. He has just released a new CD with the Awkward Squad which are two of his former band colleagues. The album is called Okkard and includes many well known songs which benefit from the Burland treatment. Dave guides us through a number of tracks from the CD and as ever he and his music is a pleasure to listen to.
Hunter Muskett were a legendary Folk Rock band in the late sixties and early seventies. After a one off reunion gig in 2010 the response was so good that they decided to reform. Bass player Roger Trevitt brings us up to date with the Hunter Muskett story and helps us to choose music from their new CD Unafraid and Sober which includes a guest vocal by Jacqui McShee. Definitely recommended.

As usual we have the latest folk releases plus the Americana section which includes tracks from the new Brothers Osborne and Gillian Welch albums.