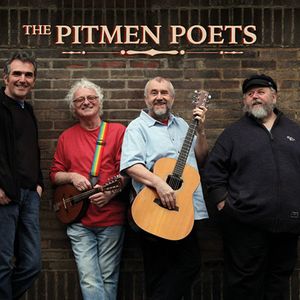 We caught up with Bob Fox and Jez Lowe at last summer's Sidmouth Festival.
They had showcased some new material that was going to be part of 2017's tour of thePitmen Poets. On February 15th Kings Place in London will be hosting the latest performance of the show that Kings Place initiated.
Kathryn Roberts and Sean Lakeman are great favourites of Mainly Folk and they are about to go on a major tour, We have two chances to catch them in our area, They are on at the Ram Club in Thames Ditton on February 10th and Landmark Arts, Teddington on March 30th. In the second part of the first hour you can hear Kathryn and Sean telling us about what to expect, illustrated with tracks from their last album.
Siobhan Miller has won Scots Singer Of The Year award twice, When you hear her story and songs from her great new album "Strata" you will appreciate why.