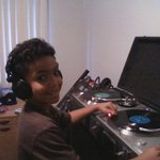 The Electrifying Mojo - WGPR Detroit, December 1981 A
by Tony Romanov

The Electrifying Mojo, WJLB October 1984, Side B
by Tony Romanov

Larry Levan Live At The Paradise Garage 1979
by Ramón Valls

Reggie Curry began his career as a guest DJ opposite of Derrick May (MayDay) at the Liedernact in 1984. Just weeks later, he was given his own night spinning a blend of what was considered an early form of Techno. His night lasted 5 years and led to other legendry nights at different clubs including the Shelter, Majestic Isis, Industry and numerous electronic events.

Reggie’s performances at The Shelter and The Liedernact, which later changed the name to City Club, was instrumental in bringing the “Detroit” sound to the scene in the mid 80’s (amazing the crowd with releases from labels such as Metroplex, KMS and Transmat along with many other House and European artists).

Currently, his projects include rare performances that mesmerize audiences as if he never missed a day playing uplifting rhythms, cool counter melodies with an abstract organic twist. He teamed up with a local artist, Scan 7 for production work and released material with him on one of the worlds biggest Techno