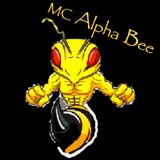 Most of the tracks in his mixtapes are up to date. An expert at mixing and remixing the impossible.
Born of Moroccan parents in Ghent (Belgium)
𝔗𝖆𝖓𝖌𝖎𝖊𝖗, 𝕸𝖔𝖗𝖔𝖈𝖈𝖔
Started in the early 80's with breakdance and HIP-HOP and was quite good at it! That's why started at such a young teenager with the nickname 'MC' (15)
Not long after that, the clubbing started...
There he fell for House Music & Techno from the start.
After many years of wasting time at clubs/after-clubs and after many setbacks...
HE IS FINALLY BACK and BETTER THAN EVER!