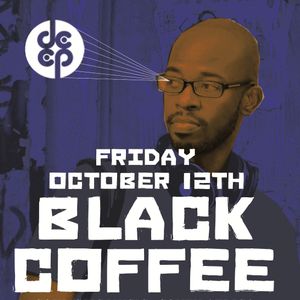 On Friday, October 12th, DEEP SF welcomed Black Coffee to Mighty for his San Francisco debut! For those of you in attendance for his appearance in Oakland last summer, you knew that this night was not a night to be missed - in short, Coffee brought the house down and it was easily one of the most talked about house events of last summer! We were equally please to hear what he had in store for the Deep faithful this time around.

// BLACK COFFEE //
Durban-born Nkosinathi Maphumulo has been on the music scene for over a decade but only got his break a few years ago. Nkosinathi, otherwise known as Black Coffee, is popular for his smash hit remixes, most of which have dominated the airwaves in the past couple of years. He has won numerous international industry awards and is ranked among the genre's current greatest DJs in the world.

Old as it is, still rocks!!

One Boss Mix......Black Coffee no cream no sugar

Always spot on thanks

Here in D.C. appreciate you bro.