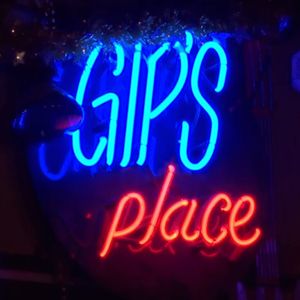 This show was 20th in the global blues chart.

A tribute to the late Henry "Gip" Gipson, who passed away on October 8, 2019. For more than half a century, Gip hosted backyard blues parties at his home on Avenue C in Bessemer, Alabama. In time, Gip's Place became legendary as one of the last of the juke joints.

In Gip's honor, this episode of The Lost Child features never-released live recordings made at Gip's in 2008 and 2009. Performers include Willie King, Jock Webb, Elnora Spencer, and Gip himself; also included are two tracks from Gip's only album, "Nothin' But the Blues."

Lenny Madden kicks things off with the house rules. Ray Gant made the recordings, and Roger Stephenson made them available to The Lost Child for broadcast. The recordings not only offer a glimpse into a night at Gip's -- they also put a spotlight on the great Alabama blues hero, Willie King, tearing it up just a few months before his death in March 2008.