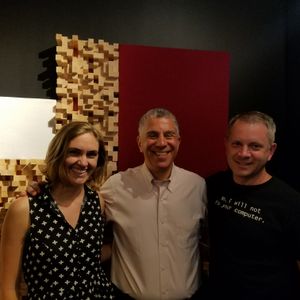 Journalism is being attacked a “fake news” by American’s who do not believe that the media should be trusted. This is a problem for democracy. The purpose of the press is act as a check on the power of politicians, corporations, and those with influence. They can be the linchpin to uncovering criminal and unethical behavior. Consider how the free press covered these events and brought reform and justice to government and business.

1902: Ida Tarbell profiles John D. Rockefeller and the Standard Oil Company
1969: Seymour Hersh exposes the My Laid massacre and cover-up.
1971: The Pentagon papers are leaked and published
2013: The Washington Post and the Guardian report on NSA surveillance

How do these reporters do their job and keep the public informed?

Find out today on The Lorne Epstein Show with my guests Rob Pegoraro who writes about computers, gadgets, telecom, the Internet, and things that beep or blink and Tajha Chappellet-Lanier, a technology reporter at FedScoop.

More from The Lorne Epstein Show