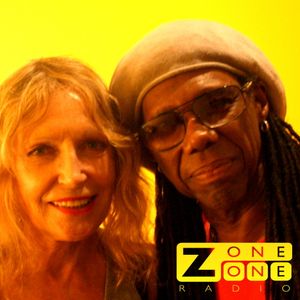 Jenny Runacre presents #LondonArts - the show with its finger on London ‘s cultural pulse on ZoneOneRadio.

This week Jenny spends an hour with one of the men behind this summer’s biggest record - Nile Rodgers.

With his band Chic, he recorded multi-million selling hits like “Good Times”, “Le Freak” and “Everybody Dance”

In the Eighties he went on to produce hit records for other artists including - Madonna’s “Lke a Virgin”, David Bopwie’s most commercially successful album ever - “Let’s Dance”

Last Saturday Jenny caught up with him backstage ahead of his gig at Indigo2.