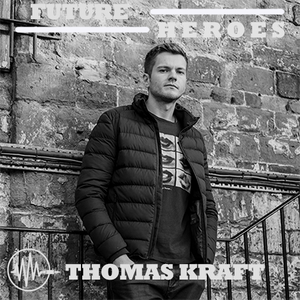 This show was 37th in the global minimal tech house chart.

Hello, everybody, it is Wednesday and is time for our Podcast. Future Heroes !!! This week we have Thomas Kraft . In September Thomas sign in Lisa Lashes School of Music never Dj before and a few months later with the help of all team of tutors in the school and hard work by him. He is on his way to start his Dj career.

Originally born and raised in Romania, now established in the UK. Always passioned about music, he first discovered electronic music back in 2006 while listening and digging for new productions of various artists, he joined multiple party’s and events in the Romanian underground scene following and supporting the local artists as [a:rpia:r] , Barac , Mihigh , Cezar and many more where he got attached and influenced from. His style would be described as Minimal with a hint of Deep House and Dub Techno, the distinctive tracks he plays are meant to create a peaceful and powerful rhythmic air.

Perfect during my work !