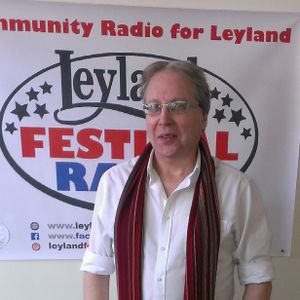 Breakfast this morning is hosted by Brian Ashman, failing to resist the temptation to play Banana Pancakes, setting a lyric teaser that'll have you saying: "I know that .... but what is it?", and saying "saxophone" when he means "clarinet"!

Around 45 mins into the show we hear from a number of those attending the event for those caring for a person living with dementia (event organised by South Ribble Dementia Action Alliance and held last Thursday at Leyland Golf Club):

Around 30 minutes into the show, we hear from a couple of passengers on the Avacab circular bus route and from Avacab transport manager Kevin Yates. Just before that, interference from another radio station seems to have resulted in regular presenter Phil Gough appearing in a cameo role!