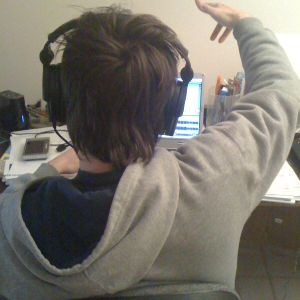 Here's something a little different from me instead of the usual dance /
house / techno mixes.
I took a bunch of my wife's favorite songs and artists and put them
together in a mix. Since our musical tastes overlap slightly, I was
quite familiar with some artists (Postal Service, Strokes, Ours, Sparta)
and not so much with others (Morrissey (her favorite), Jets To Brazil,
Bright Eyes)

This is the first non-live mix I've created from scratch and I was
quite pleased with the results.

I first made this mix in a bit of a rush to give it to her on Christmas
Eve (version 1), then added some more songs later (version 2), then
tweaked it some more (version 3) and finally decided I needed to stop
tweaking it indefinately and just release it.