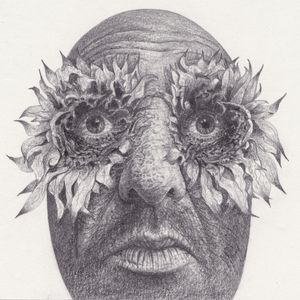 A mix highlighting a few of my influences and my own work. For those unaware, I have been producing and recording music for over 25 years in different guises.

As a DJ, my first paid job was playing at The Sugar Shack club in Hull in 86 and have since been lucky enough to play all over the world.

I selected the first half hour from the when I was ‘drilling down’ into a broader range of material than I had been exposed to growing up. The second half of the mix is a tiny selection from the archive of my own collaborative and solo releases.

www.mixcloud.com/stevecobby/ is a British producer musician, composer, and DJ. He co-founded Fila Brazillia with David McSherry in 1990. Together they released 10 critically acclaimed LP’s and produced over 70 remixes for artists as diverse as Radiohead, Busta Rhymes, Black Uhuru, Simple Minds & Moloko.

Ta Ichi No Mura5y ago

Staggered by the Joni Mitchell track and always entranced by the magic of Tyrfing. Cheers for the selection selectah.

Lovin it! Would love to know the track after George Clinton....YMO?

When Your Dream Of Perfect Beauty Comes True by Bill Nelson

Wow, where did you find that version of T plays it cool?? Love it!

its on the 40th anniversary rerelease steve http://classic.motown.com/releases/marvin-gaye-trouble-man-40th-anniversary-expanded-edition/

Thanks for the mix props. . ..When I first heard Joni singing jazz tinged melody lines over field recordings of Burundi drummers with a Moog bassline I was blown away. Still amazes me it was recorded in 1975! Seminal tune....

Solid selection from the good Doctor as always!