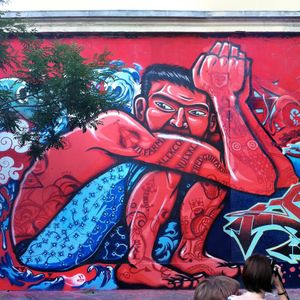 Beginning his career in 1988 in Valencia (Spain), Kiko performed in various clubs before starting his radio project DocePulgadas in 2006. http://www.mixcloud.com/DocePulgadas_RadioShow is currently produced in both Spanish and English for 14 radio stations in countries like Spain, Argentina, Colombia, Venezuela, Peru, Greece, United Kingdom, Australia, Hungary, Russia and Japan.

Thanks mate!! heheheeh! after 3 years I'm very proud of this mix! :)

very nice vibe ,smooth ;mellow ;girlfriend and i enjoyed it !