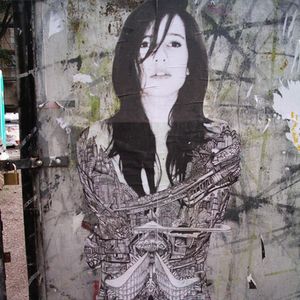 The point of being a DJ was, once to be the fucking master; the party began and ended when the guy in the cabin decided. Now everyone is a DJ, or at least thinks they are. Anyone can
put one song after another but that's not a session, that's another thing.

Fuck Norris, the duo formed by Borch and Sanex, is part of the multidisciplinary art collective "Fresh Flesh" and promoters of clubs "Super Disco Breaking" and "Restless Club" in Murcia (Spain).

At their sessions you can find a wide variety of musical styles. This mix takes an intermediate musical position somewhere between hip hop music, soul, pop-rock and electronic rather the usual sounds heard on the dance floor. This mix seeks to reconcile different musical roots, which converge in harmony and melody, with the correct proportions of technique and style, ready to drink in one shot!

I don t get it... It s just songs linked one by one with some mixed transition, isn t?

This mix is amazing. Please let me know if there are any similar mixes

I take my hat off and drop my pants. This is a masterful mix and a BIG FUN.

Awesome. I may have to listen to this again and again and, um, again with the volume nice and high.

Para bailar all the time¡