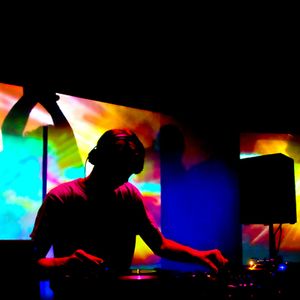 Flowsen – FABRICLIVE x Bukem In Session Mix
Become a fan of LTJ Bukem : http://www.facebook.com/LTJBukem
Follow LTJ Bukem on Twitter : http://twitter.com/therealLTJbukem
Soulmotion Records boss Flowsen is pretty committed and vocal about his love of jazzed out d&b. He runs a label and night of the same name in his native Wurzburg booking the cream of the 170bpm crop like RAM boss Andy C and Hospital’s Netsky, Lenzman and quite pertinently LTJ Bukem. Much like Paul SG, who we featured last week, Flowsen has found a kinship with Bukem, one of the producers who undoubtedly influenced his own sound. Flowsen will be making an appearance alongside Bukem, AI, Total Science, SG and Furney this Friday in Room Two.
“The music is still very much alive. years ago a lot of doubters said the music, the people, the soul of what we were all trying to create wouldn’t last a year...it’s all a matter of opinion” - LTJ Bukem

Fighting 4 WiFi but loving it

Takes me back to the Bush Empire and The End ...miss thosetimes...

crispier than snack crackle and pop