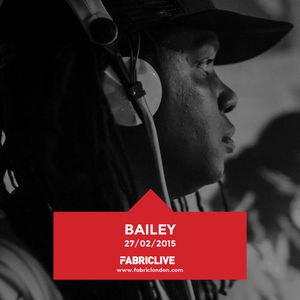 Become a fan of LTJ Bukem : http://www.facebook.com/therealdannyltjbukem
Follow LTJ Bukem on Twitter : http://twitter.com/therealLTJbukem
In the world of drum & bass, Bailey's quite a unique prospect. As a broadcaster he was committed to playing the best of drum & bass from across the multitudes of sub genres and micro movements. His 360 degree vision made his shows on BBC Radio 1, 1Xtra and Ministry of Sound Radio the perfect place for the d&b aficionado or casual dabbler to go to keep up to date with the form as a whole. Since moving on from the radio he's continued to plough the same furrow in the clubs, promoting his own free to go mid-week club night, Soul In Motion and treating audiences to the sort of all encompassing sets that got him noticed in the first place. His passion for the form really shines through, we're excited to be able to present his latest mix, made ahead of his upcoming appearance alongside LTJ Bukem in Room Two on Friday 27th February.

going to out to dj bslley playong good D&B good soundd one by ome with bslley days from metal heads days many.mote keep rolling out those tumed.