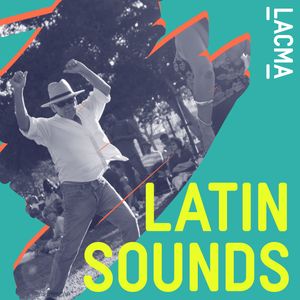 In this episode of Latin Sounds: Meet the Musicians, Mitch Glickman speaks with vocalist Ricardo Lemvo.

Ricardo Lemvo has established himself as a pioneer with his innovative music. Lemvo’s blend of Afro-Cuban rhythms with pan-African styles (soukous, Angolan semba and kizomba) has been described by the Los Angeles Times as “seamless and infectious.” This Congo-born artist of Angolan ancestry is the embodiment of the Afro-Latin Diaspora which connects back to Mother Africa via the Cuban clave rhythm. Lemvo formed his Los Angeles-based band Makina Loca in 1990 and refined his craft and vision.

Ricardo talks about coming to the U.S., how he came to fall in love with music, the many components that make up his unique sound, and talks about several songs from his newest project to be released soon.