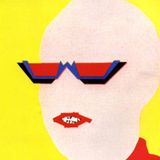 Never miss another
show from Kybbe

From Sardinia, but living in East Rome, passionately digging music with an open mind, Enrico Kybbe began to collect records in his early teen years, until he got out of control, hoarding a wide range of genres such as cosmic disco, junkshop glam, punk, afro disco, reggae, dub, etc. Rather than just collecting records, he breathes life into them in his DJ sets around Rome: from Proudfoot Sound, Rootsvibes or Cosmic70 to his newest set Kybbe's Bonus Beat.