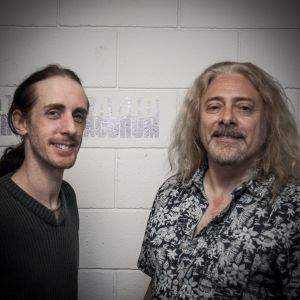 Twisted Links on Radio Dacorum hosted by Kris Gee is broadcast every Thursday from 7-10pm and features a series of tracks that link to each other, ending on a track with a link to a place person or thing in or around Dacorum. Where the person is a musician we also play a selection of their live or recorded music. This week's guests were Andy Gray and Billy Kulke of Europe's number one Led Zeppelin tribute act - Letz Zep on their second visit. They are a professional outfit touring music venues and festivals all year round. This year as a new departure they are planning a series of acoustic gigs in addition to the full band ones, the first of which is on May6th at The Dublin Castle in Camden. Further dates can be found at www.letzzep.com